The groundbreaking ceremony was officiated by His Holiness the XIVth Dalai Lama along with His Excellency E.S.L. Narasimhan, Governor of Telangana , Shri Mohammad Mahmood Ali, Honorable Deputy Chief Minister and Shri Kalvankutla Taraka Rama Rao, Honorable Minister of Industries, MA&UD and IT. As part of this visit, His Holiness also delivered a public talk on “Ethics, Values and Wellbeing” at the HITEX Open Arena in Hyderabad, which was attend by over 2000 people. Several thousand others joined the live webcast from all over the world.

“We are honored that The Dalai Lama Center for Ethics and Transformative Values chose Hyderabad for its South Asia Hub,” said K.T. Rama Rao, Minister for MA&UD and IT, while announcing a 5-Crore INR support for The Center along with donating the site for its upcoming hub on HITEX Road. “In light of the rapid transformations impacting India and the whole region, it is urgent to prepare present and future leaders for the work of serving their communities,” he added.

Since its inception in 2009 at the Massachusetts Institute of Technology, The Center has been a driving force in fostering individual and organizational ethics and value-driven leadership across diverse institutional frameworks. Acting as an interdisciplinary think tank and training institution for educators, business and technology executives, civil servants and young students, it promotes an innovative non-prescriptive pedagogy for learning ethics. Leaders from eight countries across North and Latin America, South Asia, and Central Africa have participated in The Center’s ethics- and values-based Transformative Leadership programs. Its Ethics Initiative public forums have brought together hundreds of thought-leaders and practitioners from diverse fields including food security, climate change, and innovative measures in health care. Some of these conversations have reached over a million viewers online. Over a thousand public school educators have been trained through the Transformative Teachers program, focusing on developing responsibility and moral purpose in youth. 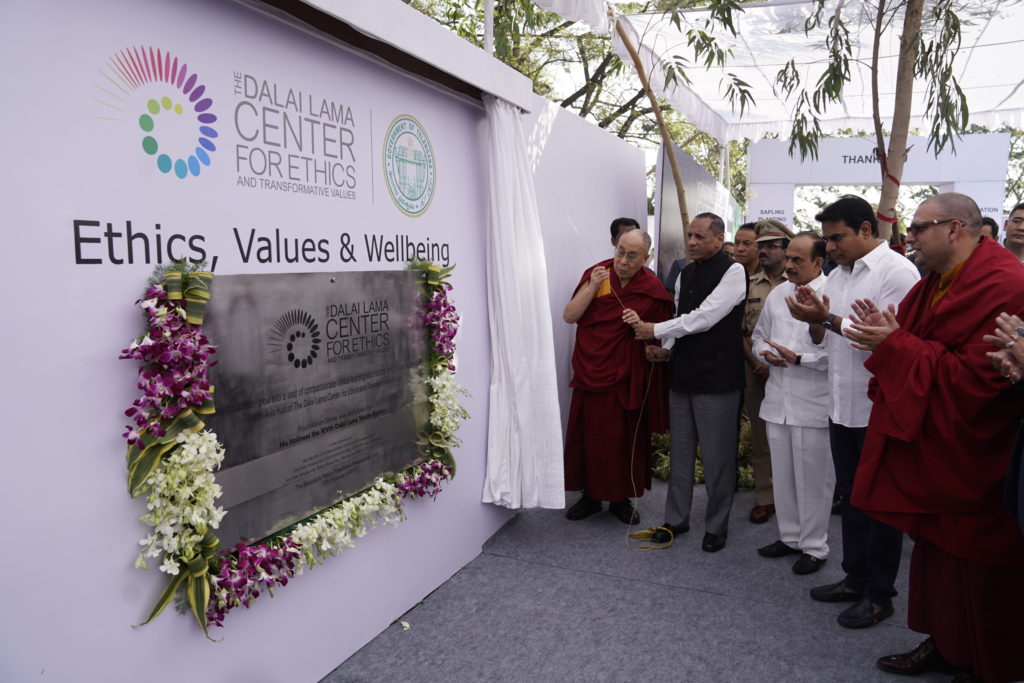 “I am encouraged to see the plans for the establishment of The Center. Promotion of ethics and values have never been more important in our world,“ said His Holiness the Dalai Lama while commending the work done thus far. “I am especially delighted to see this effort take root in India, a country I deeply admire for its longstanding tradition of ahimsa and karuna—values that we Tibetans have tried to keep alive for several generations.”

The Center has developed and delivered several ethics- and values-based leadership and training programs across India since 2010, working in rural areas as well as with government and business organizations. The new facility will provide a venue for training programs, interdisciplinary research, and open dialogues, and will support The Center’s mission to examine and emphasize responsibility, meaningfulness, and moral purpose in individuals, organizations, and societies.

“We are truly excited to launch the South Asia Hub as a strategic site for designing and disseminating programs that are most relevant to the issues pressing humanity and its leadership in current times,” said The Venerable Tenzin Priyadarshi, The Center’s Founding President and CEO. “An open and dependable infrastructure is key to support this mission on a global scale. Hyderabad is a vibrant city that balances its rich past with its promising future. It’s a city that will continue to be a magnet for business and tech leaders, and young aspirants; and I hope that the government’s vision for the city and state will become a template for good governance for rest of India.”

The Dalai Lama Center for Ethics and Transformative Values is dedicated to inquiry, dialogue, and education on the ethical and humane dimensions of life. As a collaborative and nonpartisan think tank, The Center focuses on the development of interdisciplinary research and programs in varied fields of knowledge, from science and technology to education and international relations. Our programs emphasize responsibility and examine meaningfulness and moral purpose between individuals, organizations, and societies.

The Center was founded to honor the vision of the Fourteenth Dalai Lama and his call for a holistic education that includes the development of human and global ethics. Six Nobel Peace Laureates are Founding Members of The Center. 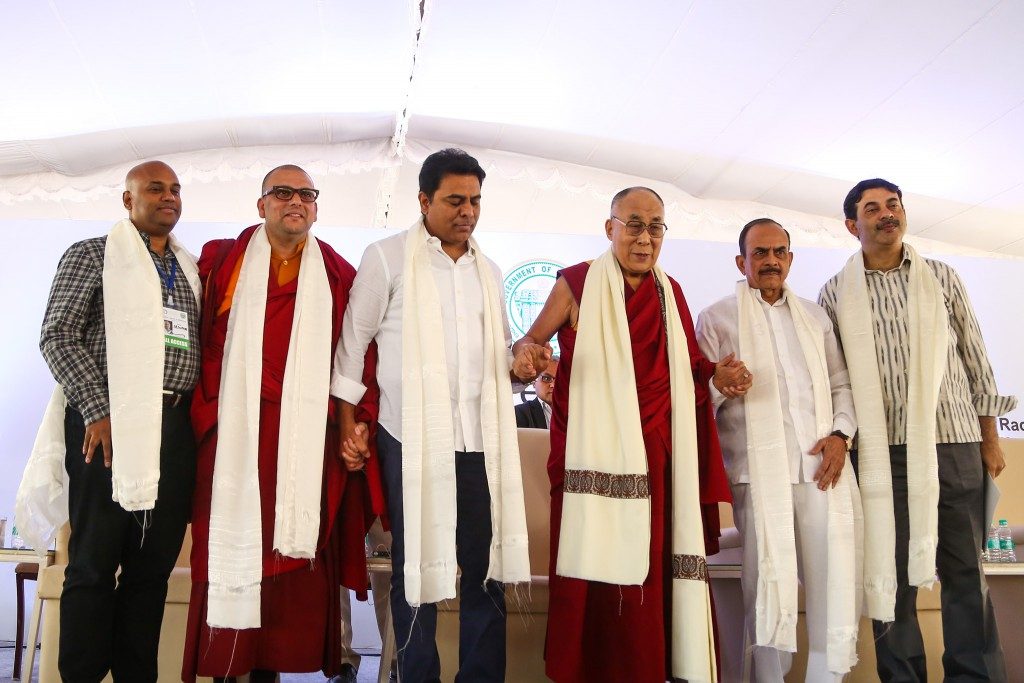