On May 21st, on the occasion of the World Day of Cultural Diversity for Dialogue and Development, the Diplomatic Academy of the Russian Foreign Ministry hosted  Founding Director of the Dalai Lama Center for Ethics and Transformative Values at the Massachusetts Institute of Technology Venerable Tenzin Priyadarshi, a Buddhist monk, philosopher, and active participant to intercultural dialogue.

Venerable Tenzin Priyadarshi spoke about practical aspects of dialogue between religions and cultures with a special emphasis made on psychological elements of international negotiations as well as moral and ethical dimension of politics and power.

While answering questions posed by students and postgraduate students of the Academy, he noted that religion exerts considerable influence on minds and feelings of human beings and thus contributes to the development of love and compassion. It is often being used, however, as an instrument of political influence. Violence committed under the banners of a particular religion is linked to social and economic interests as well as to the fight over redistribution of resources.

At the end of his talk, Venerable Tenzin Priyadarshi stressed the role of conscientiousness, respect, openness and trust in dialogue as well as sincere intention to achieve tangible results of such dialogue. The Diplomatic Academy of the Russian Foreign Ministry is responsible for training Ambassadors and foreign policy lawmakers of the Russian Federation. 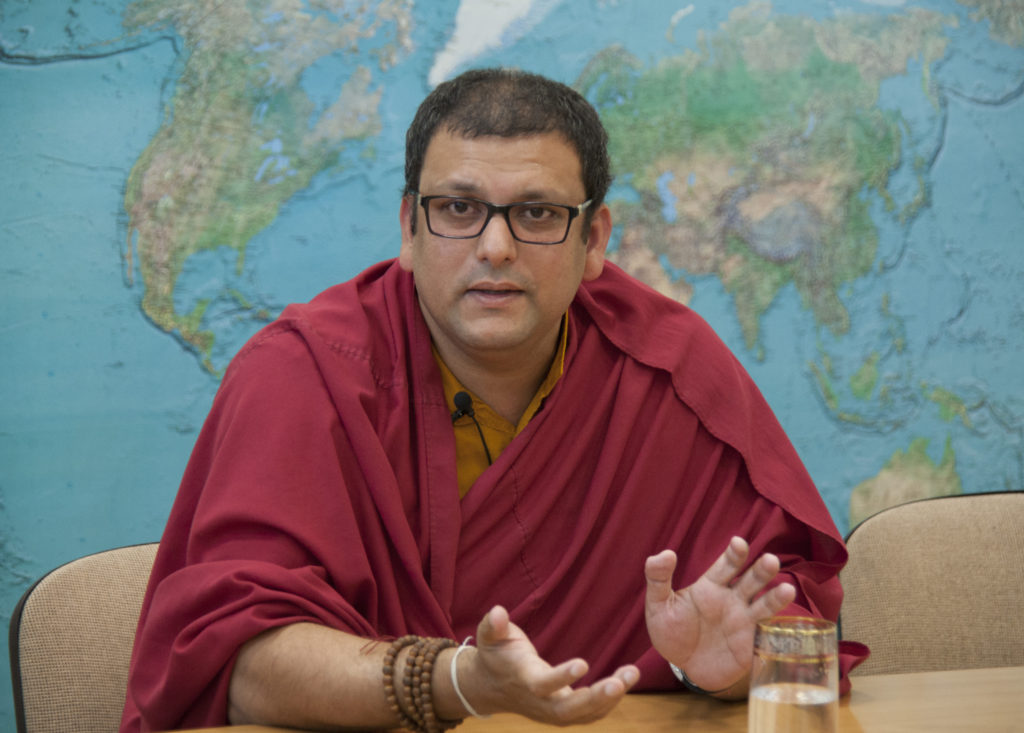