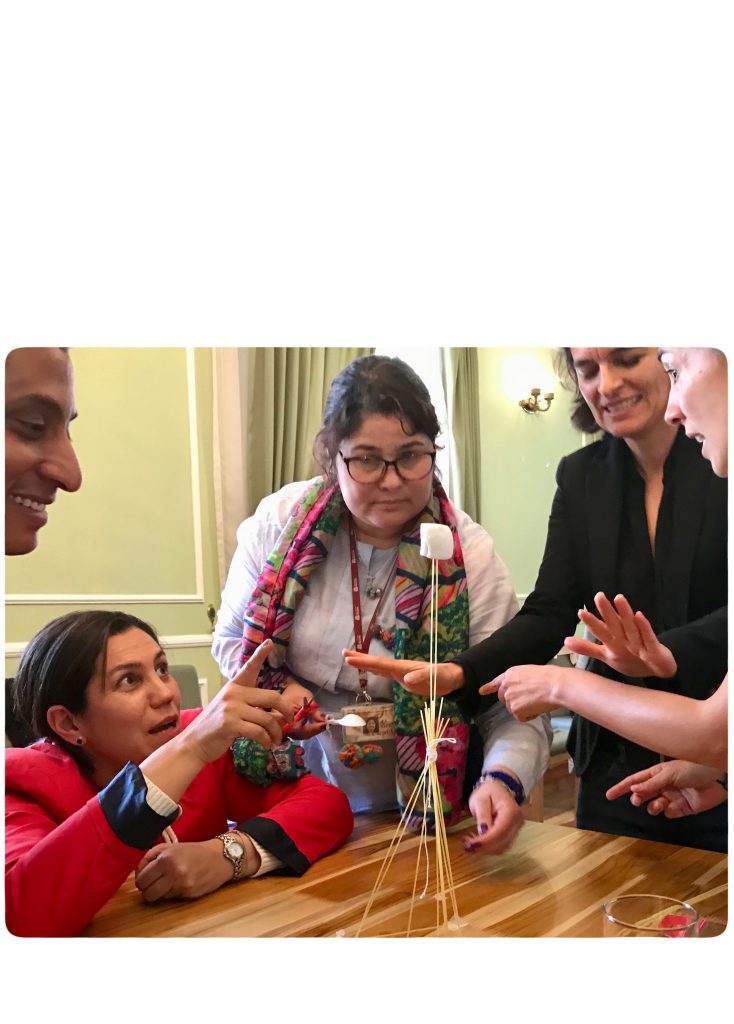 The Center’s programs are designed to help us redirect our creative energies into enlightened actions that renew personal motivation and sustain our communities and societies.

The Center develops innovative curricula for teaching ethics and leadership, avoiding prescriptive approaches and using hands-on activities to stimulate reflection and life-transforming personal growth. Our first program began with weekend workshops for MIT undergraduate and graduate students, whose immediate, enthusiastic response revealed an untapped hunger to explore questions of meaningful life purpose and their role as future leaders with huge potential impact in the world.

“We live more fulfilling lives when we are motivated to make positive contributions to society.”     -The Venerable Tenzin Priyadarshi

An ethics and values-based leadership program adopted by leading business and management schools across the globe helps students explore how to align professional values with their deep personal values.

The Center has designed ethical leadership training modules for delivery in corporate and other institutional settings, addressing unique challenges ranging from systemic corruption to the particular needs of CEOs

Transformative Citizenship is a compassion and ethics-based training intervention uniquely tailored for Law Enforcement Agencies (“LEA”) in the US that will focus on empathy, emotional resilience and regulation, and behavioral and cultural shifts.

The Center is running programs for high school students, exploring how compassionate leadership can be taught to youth, and pairing schools in the USA and India to build a global community.

An innovative, trans-media initiative designed to promote personal transformation and cross-cultural understanding among 10-14 year-olds around the world.

By teaching awareness, compassion, and right action, the project will promote character development and global citizenship through the cultivation of inner values. YPL participants will also see how their personal transformation can lead to them take part in a global transformation.

An example is the usage of Quandary, a game developed with Learning Games Network modeling and encouraging compassionate action between players and across cultures. In the game, players help an ancient race of beings from another planet by using the power of personal interconnection. Students who work cooperatively, with classmates and with other young people around the world, are rewarded. In place of the usual warfare model used in most games—where single players battle each other to win the game, and use varying amounts of violence to succeed—YPL offers a vibrant and engaging gaming environment that encourages positive action and cooperative thinking.

Fellows Program at The Center

The Center offers fellowships to individuals dedicated to extending the reach of science and technology to serve humanity’s greatest needs with sustainable, ethical commitment.

Vocal Vibrations
A collaboration between the MIT Media Lab, The Dalai Lama Center for Ethics and Transformative Values at MIT and Le Laboratoire (Paris).
Vocal Vibrations is a voice and body experiment that will explore the relationship between human physiology and resonant vibrations. Human health famously influences the voice.
This project explores the hypothesis that the voice – by focusing internally augmented, and externally applied, vibrations – can influence mental and physical health through observable physicochemical phenomena in the body and in ways consonant with – and extrapolating from – a range of contemplative practices.
Vocal Vibrations, an original installation and design, invites the public to discover the relationship between sound vibrations stimulated by voice and their effects on human physiology, with sensory, unique and exceptional experience. This experience has been realized in collaboration with The Venerable Tenzin Priyadarshi, Director of the Dalai Lama Center for Ethics and Transformative Values of MIT, the bold-design studio, Professor Craig Carter of MIT, Situ Fabrication, Stratasys, and a team composed of MIT researchers Elly Jessop, Rebecca Kleinberger, Charles Holbrow, and Al Grodzinsky.
Vocal Vibrations, which builds around currently researched relationships between self-voice vibrations and cellular, tissue, and body health, opened to the public at Le Lebaoratoire in Paris in March 2014, Laboratoire in Cambridge, Massachusetts in Fall 2014, and after this to other international sites. An award-winning game from the Learning Games Network, is a game that encourages players to think ethically as they lead a human colony struggling for survival on fictional planet Braxos. The game’s goal is to provide an engaging experience for players aged 8-14 to strengthen foundational skills – including perspective-taking, decision making and critical thinking – that help them recognize ethical issues and deal with ethical situations in their own lives.

The Center runs workshops/ programs for teachers and educators on how to integrate QUANDARY into the classroom by playing the game, viewing and discussing teacher example videos and tips, and reviewing players’ feedback.

MITRA app– Track What Matters Most

From the Dalai Lama Center for Ethics and Transformative Values at MIT, the Mitra app helps you find a better alignment between your core values and your daily life. A moment of daily reflection helps you identify the emotional states that influence your actions and how they can facilitate or affect your ability to lead based on Integrity, Community, Courage, or whatever values you care the most about.

Other exciting games and apps are under development.